We had a very looong bucket list with everything we wanted to see and do during the week we spent in Reykjavik. We took the plane from Bucharest to Basel with 4 other friends. We had to wait 16 HOURS in Basel for our next flight to Iceland. Of course, we took advantage of this opportunity and the more than sufficient time available to visit the city. We left our luggage at the train station and started walking slowly to explore.

The next morning we had our flight to Keflavik airport. It was about 6 o’clock when we took off in Basel. The sun almost rose and the sky slowly brightened. 4 hours after we landed in Iceland, it was already as dark as it gets. The sun rises late October around 9:30 in the morning. 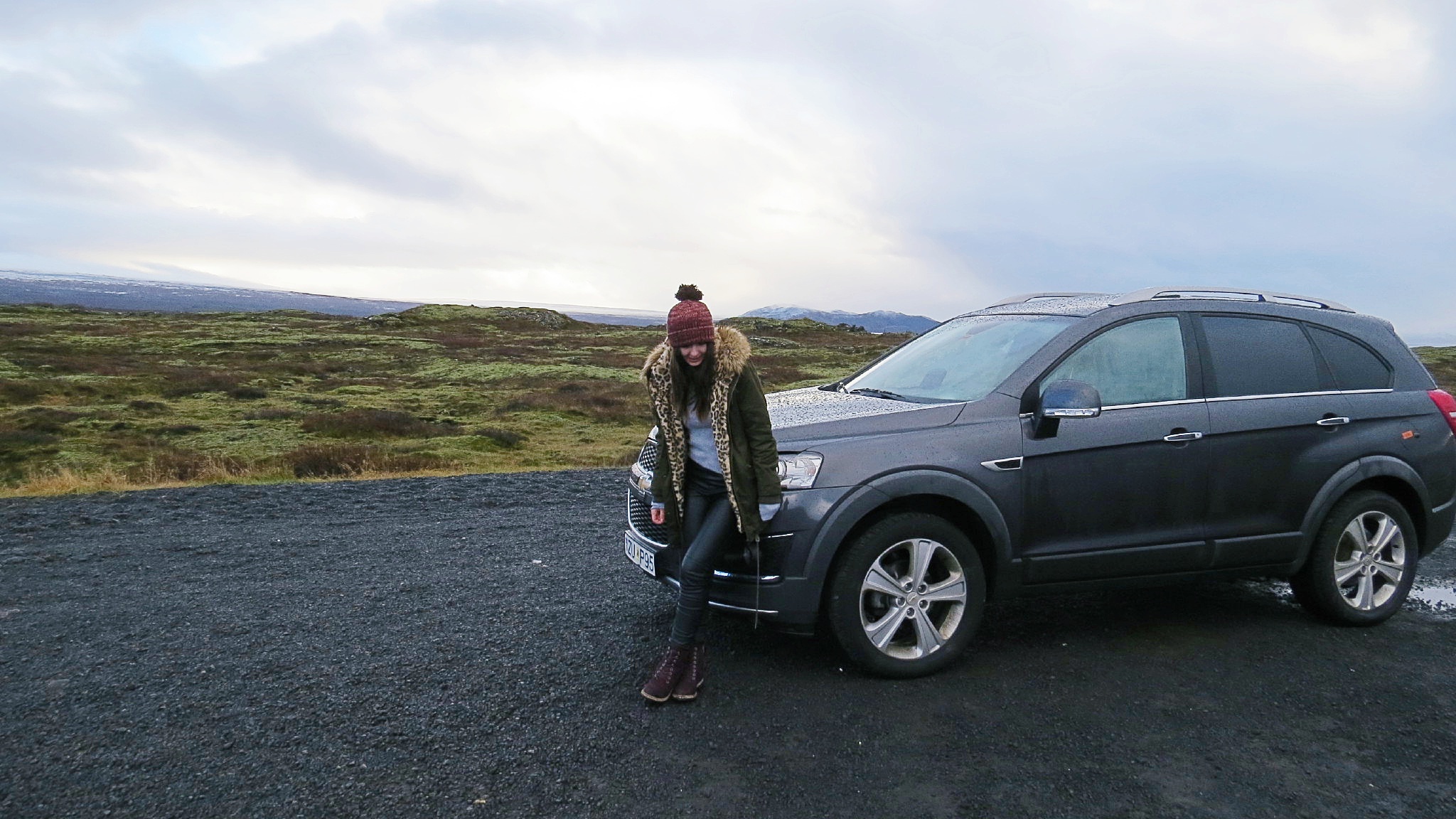 We decided to rent a car throughout the week not only because of the weather but also because that’s a great deal for 6 people. We also decided to go on the Golden Circle tour by car. A little surprise was waiting for us when we arrived at the Rent a Car bureau – they had no car with 6 seats which we had reserved online 🙂 After so many hours on the road we just wanted to get to our Airbnb as fast as possible. However, the problem was solved in our favor in the end. We received a better car, a 4×4, 7 seater and at an even better price.

What should you definitely visit if you travel to Iceland?

1. Blue Lagoon: I’m sure you’ve already heard of it in case you considered going on a trip to Iceland. Indeed, it is very nice and worth it. You need to book the tickets in advance. You can make reservations very easily directly on their website and from there you can also buy a bus ticket if you haven’t rented a car. A day at the Blue Lagoon is somewhere around 50 Euro. Ah, and don’t forget not to pick any rocks as a souvenir. It is considered bad luck because the Icelandic people take this Elves-thing very seriously 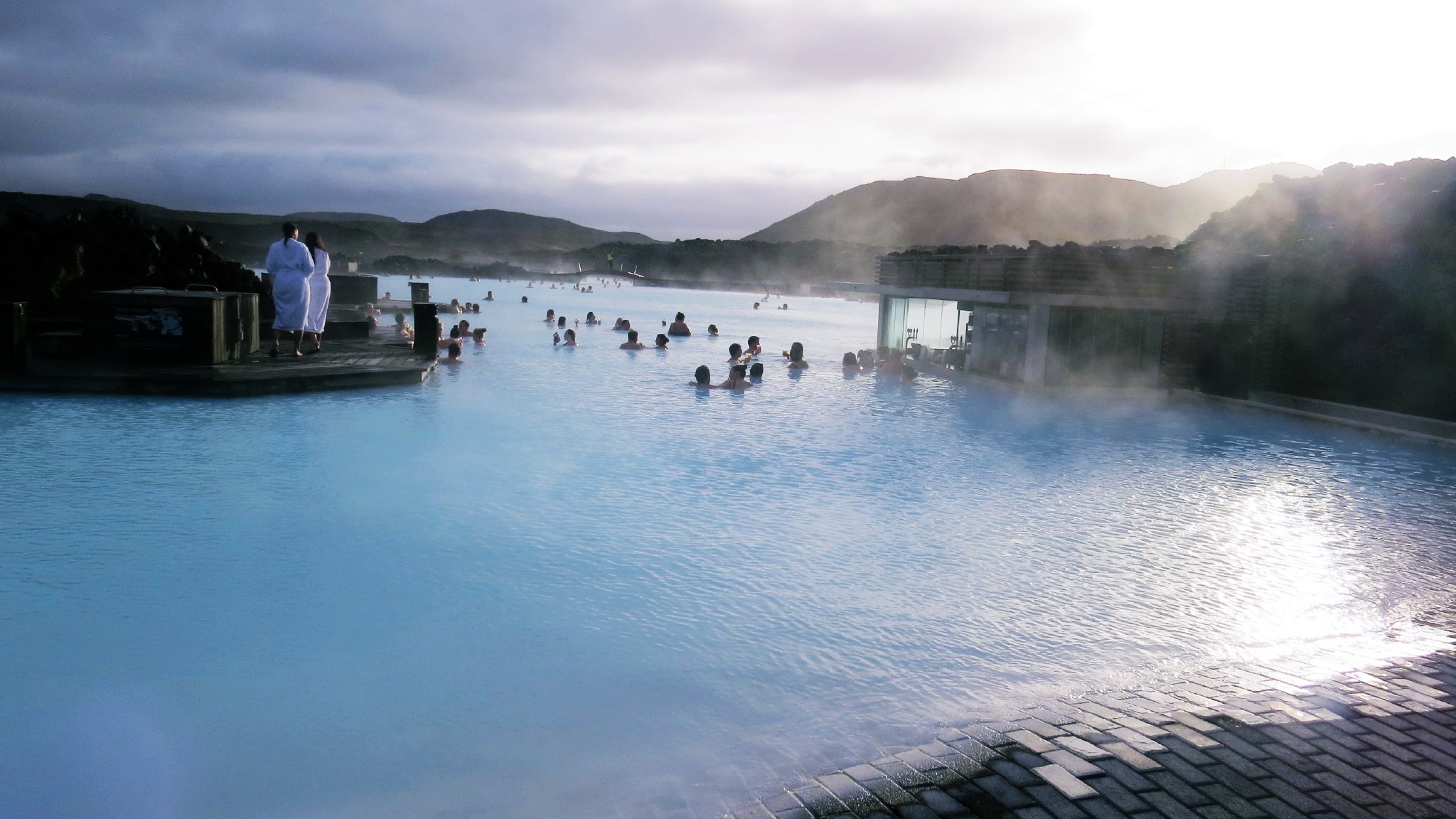 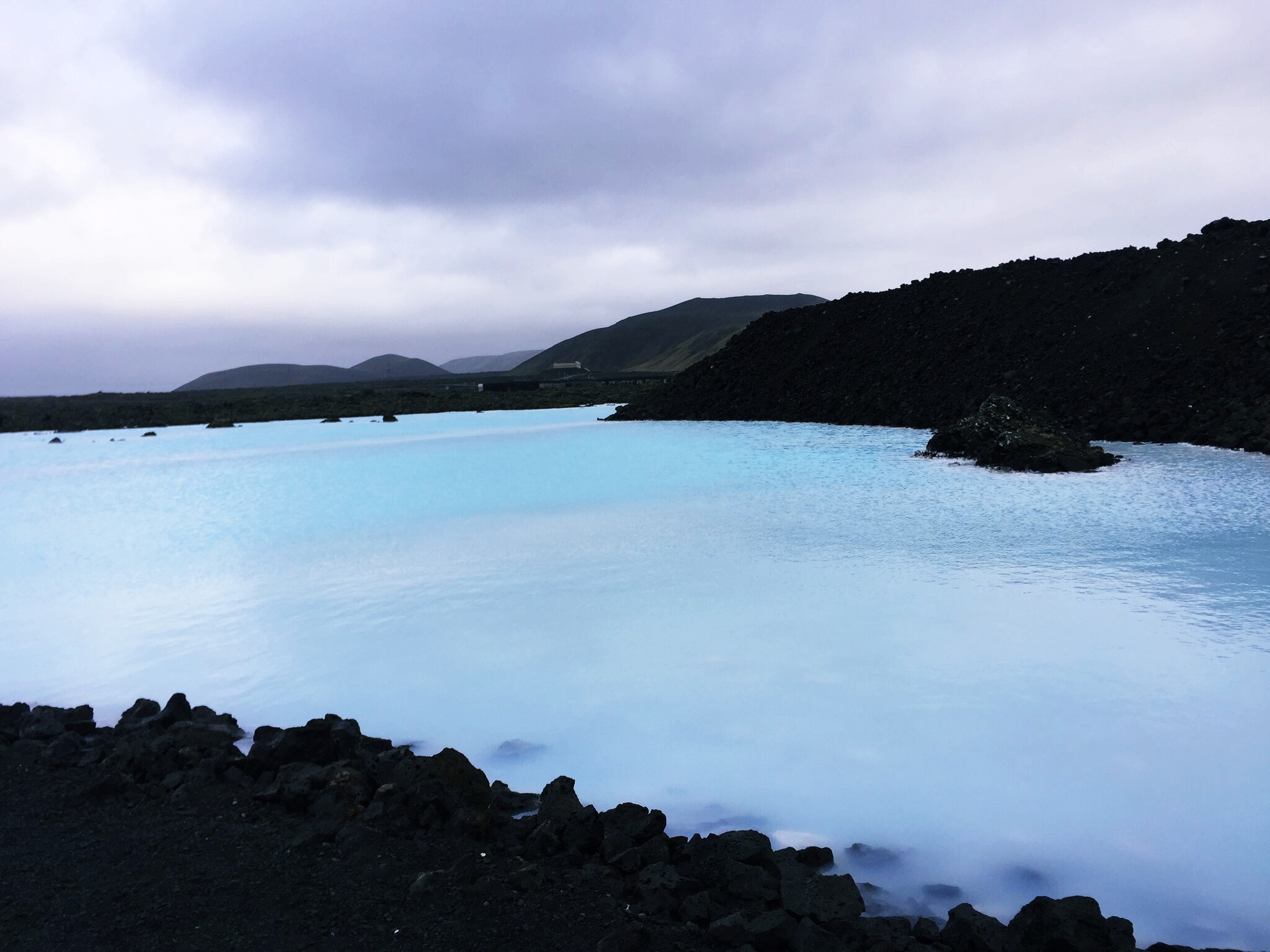 2. Golden Circle Tour: The tour is generally made by bus and with a guide. We decided to go on the tour by car. It was more convenient for us. The tour takes about 300 km and include Gullfoss waterfall, Geysir and the National Park Thingvellir (there are many things we wouldn’t have visited if we went on the tour by bus, such as the Oxalandfoss Waterfall –  one of our favorites. Here in the National Park you can see where the tectonic plates of America and Eurasia meet. Also you can visit the crater Kerio.) 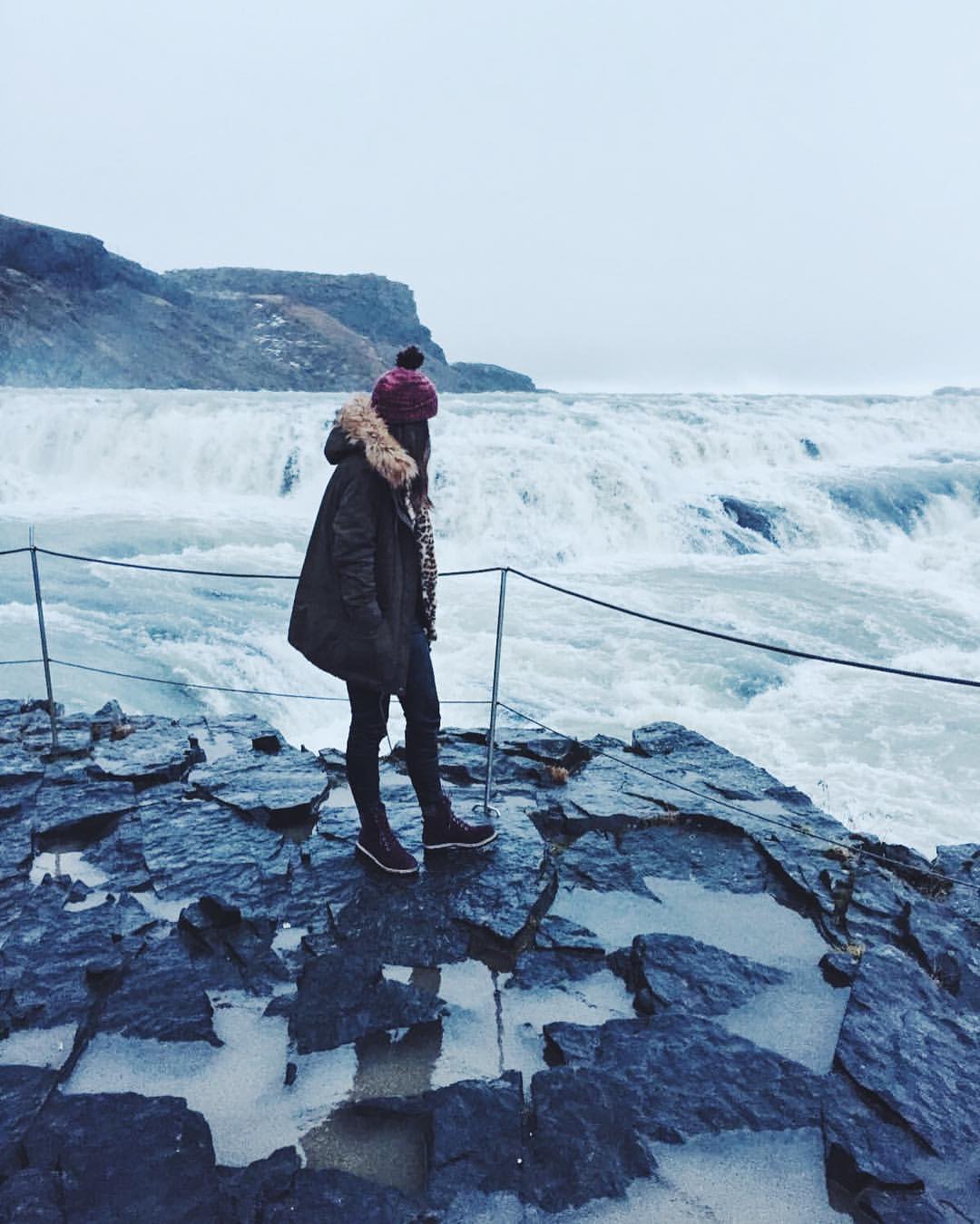 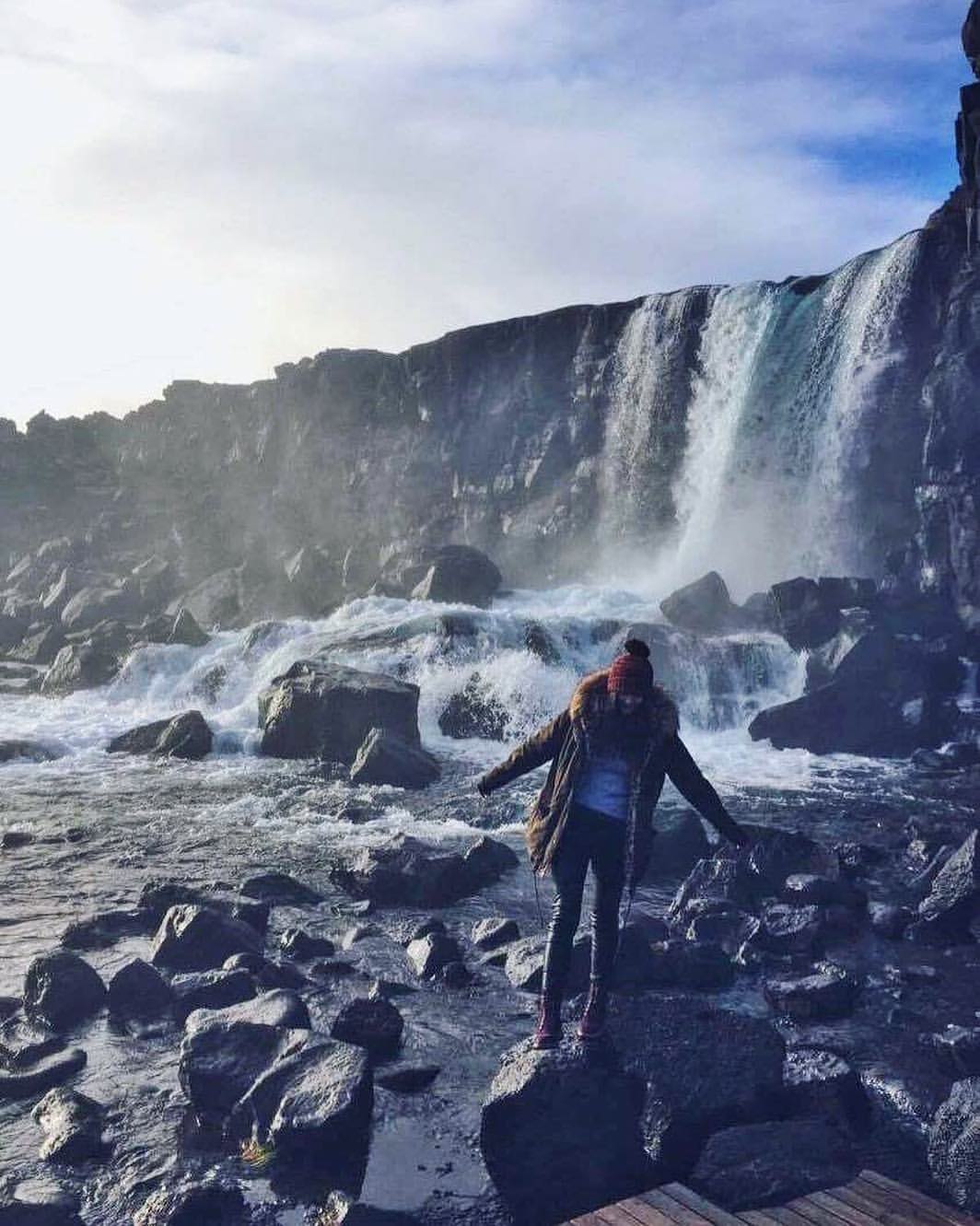 3. Waterfall Seljalandsfoss: One of the most spectacular waterfalls I’ve ever seen in my life. It is special because it’s the only known waterfall of its kind, where it is possible to walk behind it. You have to see the pictures or in my video to get a better idea.

4. Waterfall Skogafoss: it is spectacular too because of the different angle you can view it from – from above. There are staircases leading up to the top of the waterfall. From there you can look down at this breathtaking waterfall.

5. Black Sand Beach – Reynisfjara: Unfortunately it rained when we got there but it was amazing nonetheless. As seen in the video it is breathtaking. I would love to see it during the summer 🙂 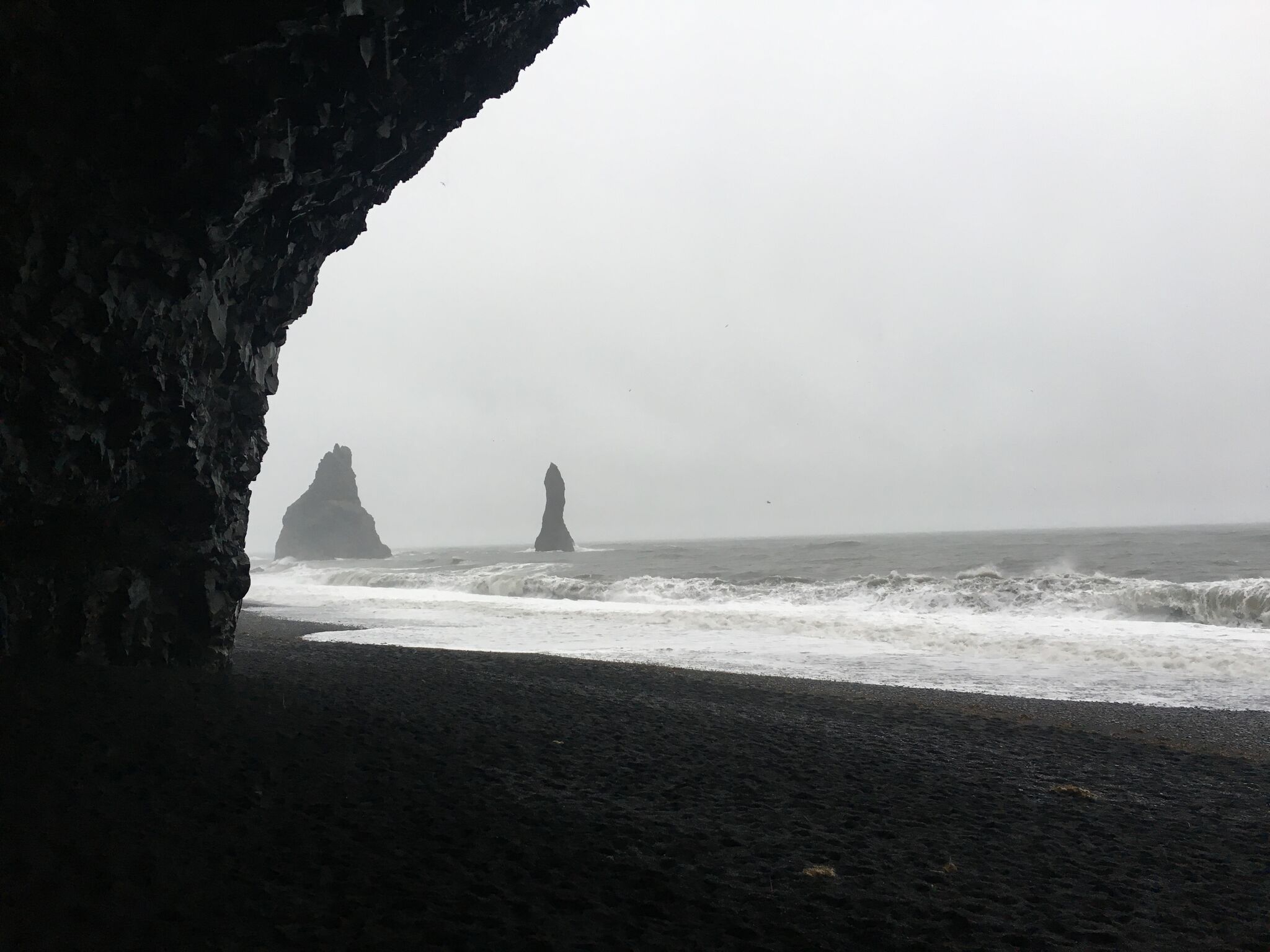 6. The Northern Lights: We searched every night for them. If it’s cloudy or rainy nobody can guarantee you that you’ll get to see the northern lights even if you go on an organized tour. We managed to see it very vaguely. Unfortunately we have not seen it exactly as in pictures.

7. Kirkjufell: is a mountain tapering to a near waterfall. Looks better in photos than in reality especially with the northern lights around the mountain. 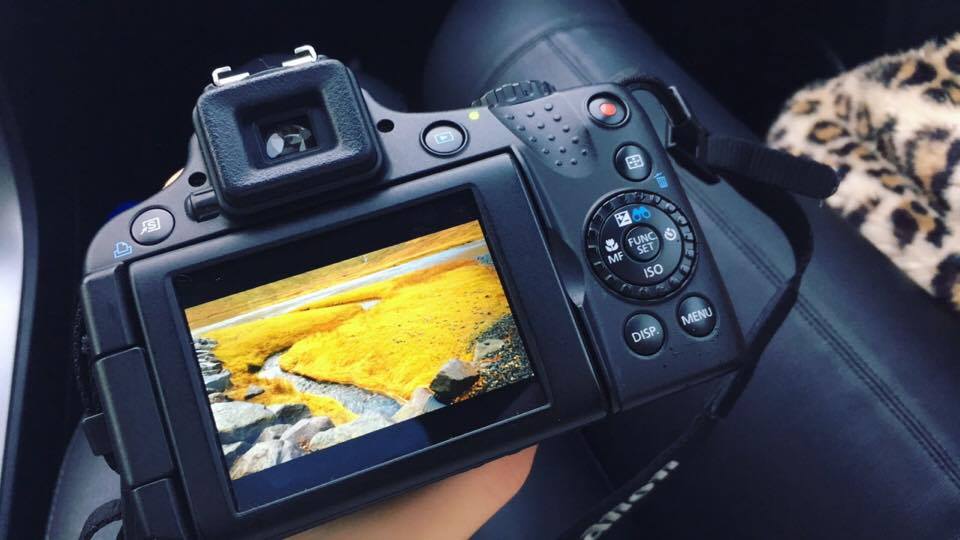 There are also a few nice places in Reykjavik that you should visit if going to Iceland: 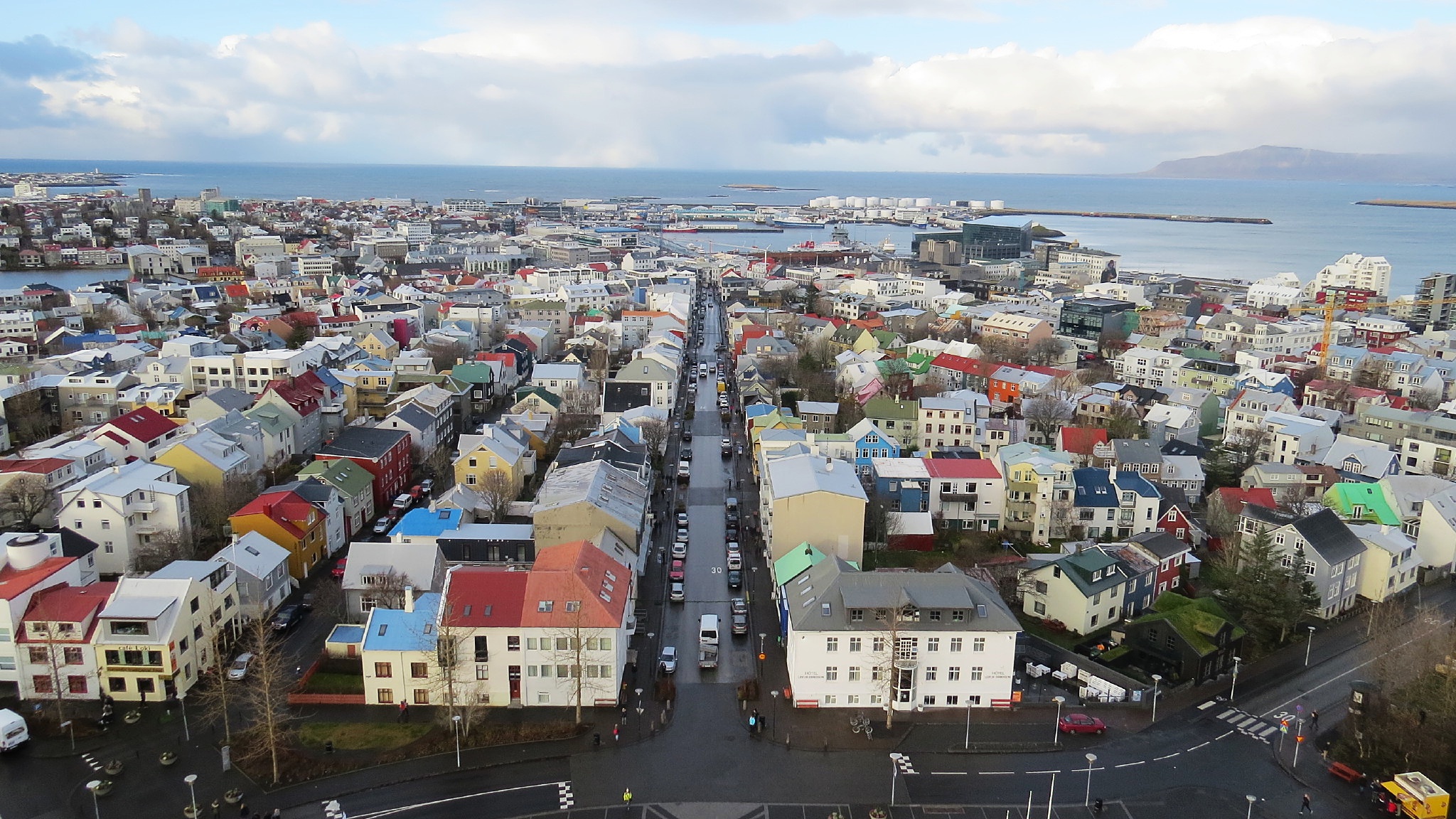 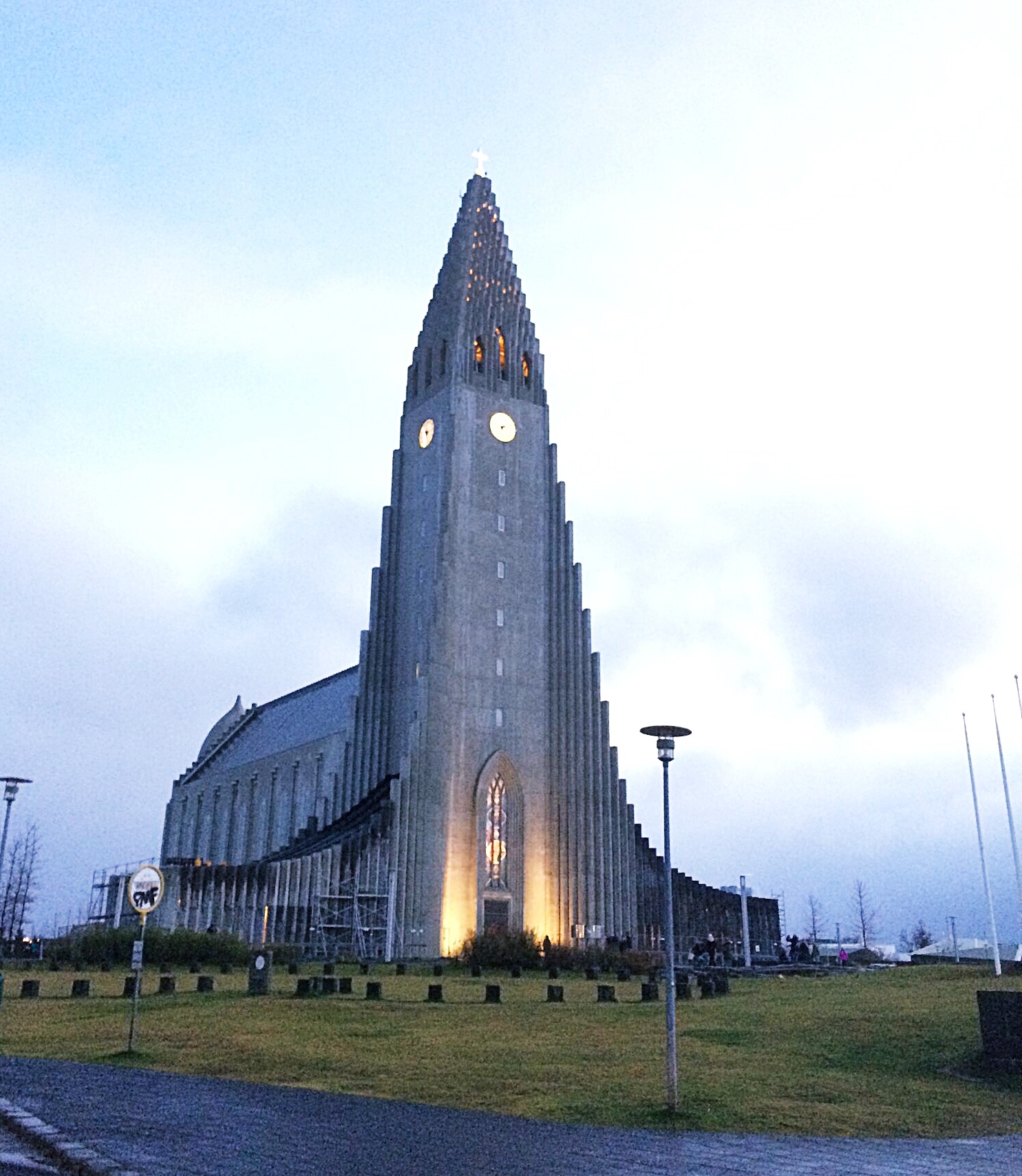 We stopped at the famous Hot Dog Stand. I can’t say how they were because I didn’t have any, but Bush says they are the best hotdogs in the world. If you believe him it’s worth trying. Instead I ate icelandic fish at a restaurant called Messinn and it was incredibly good. The prices are good and everything tastes delicious! If we had more time to spend in Iceland I would have liked to also see the glacial lagoon. It’s about 4 hours away from Reykjavik, but unfortunately we didn’t get to see it. 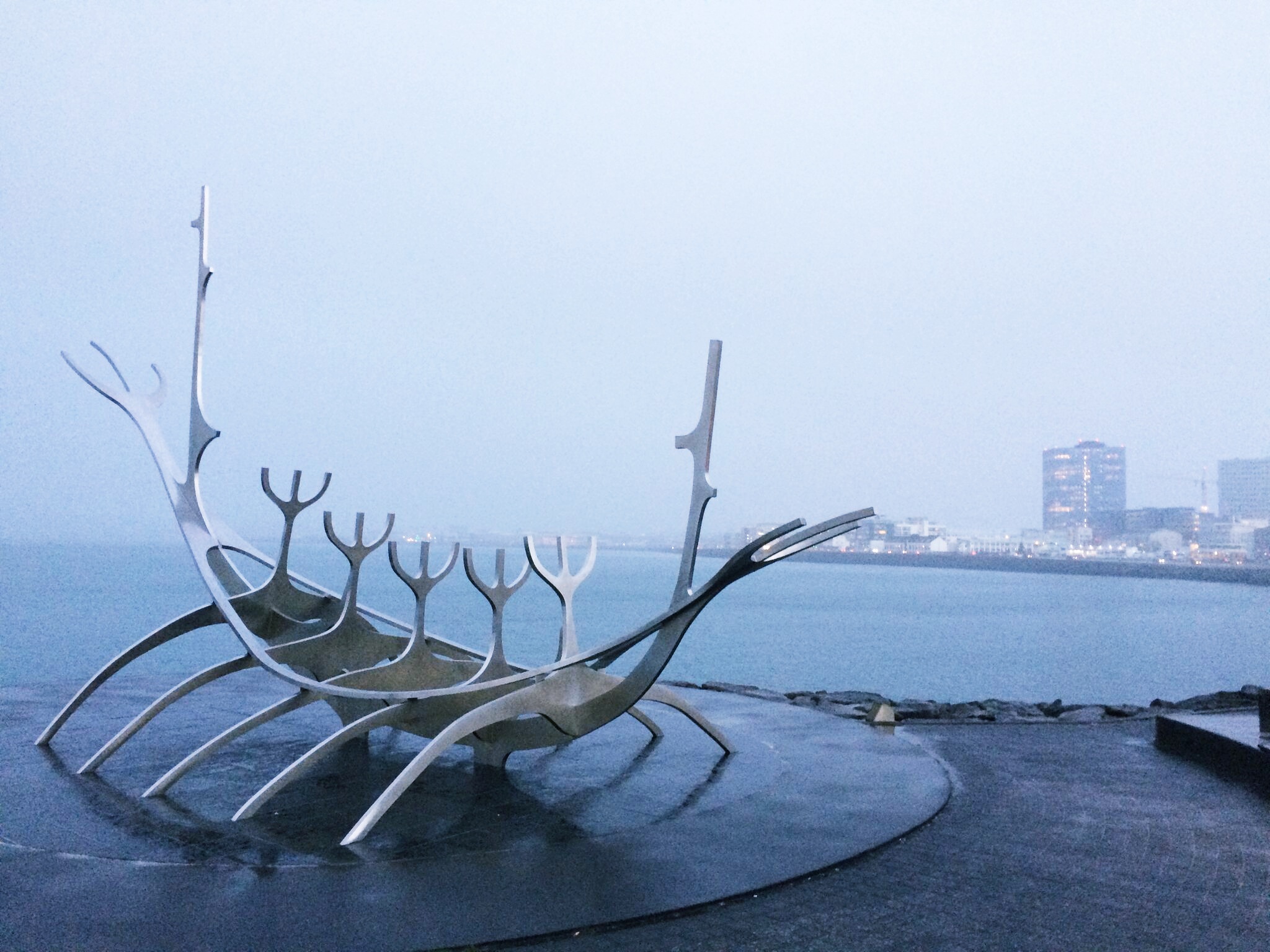 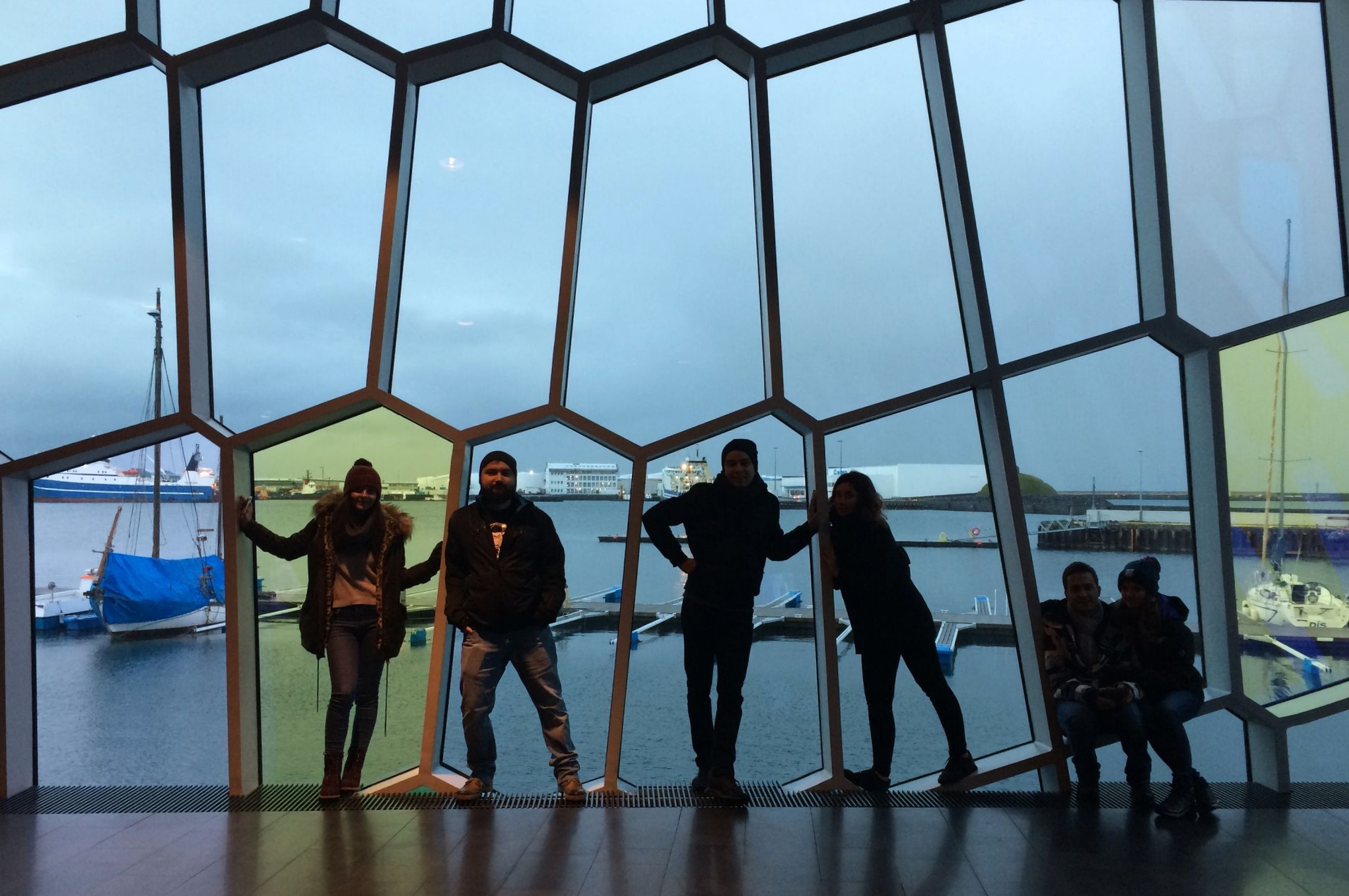 P.S. They have the coolest money I have ever seen. The coins have fish of all kinds on them and they seem like they originate from a fairytale. 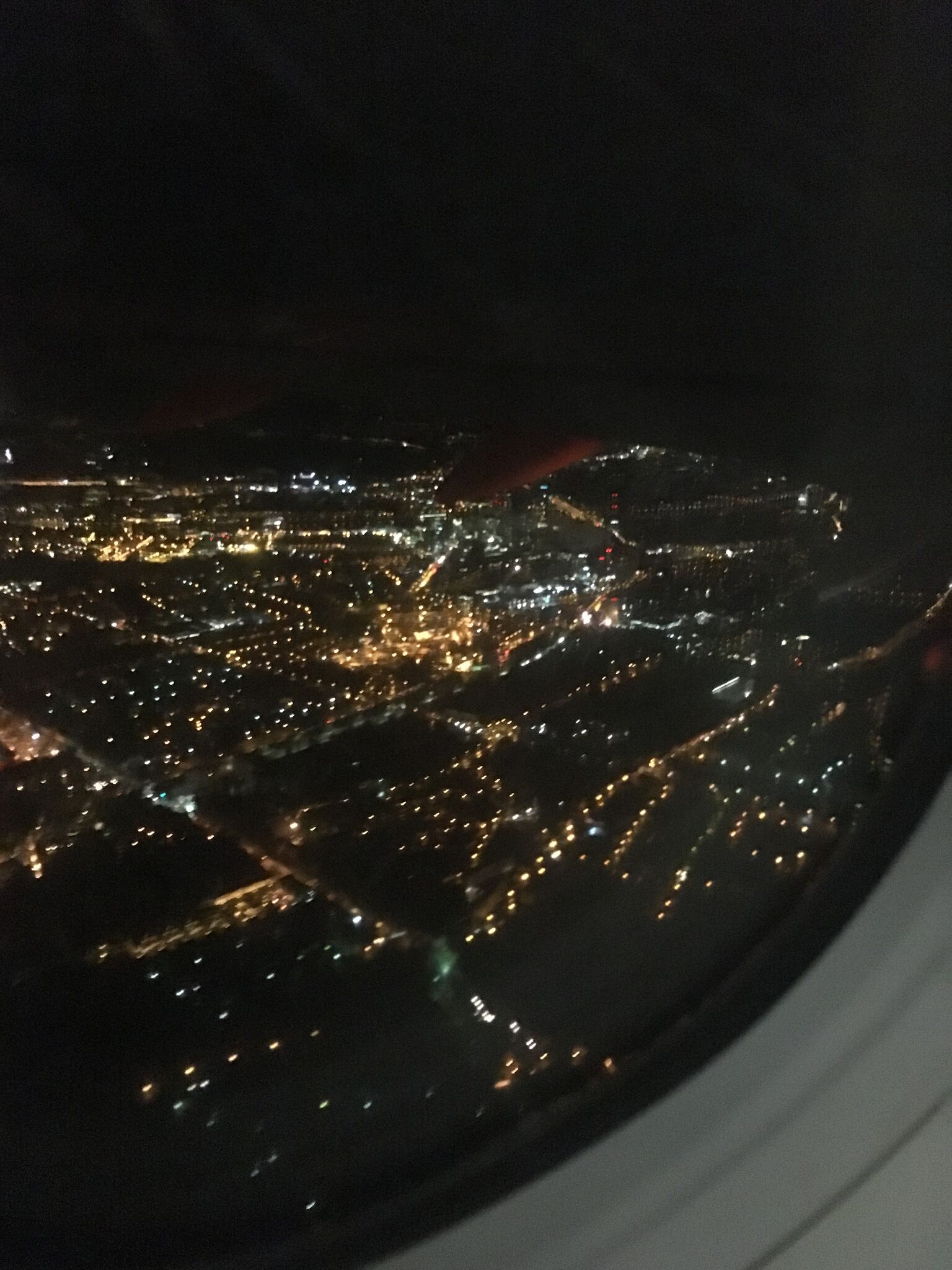 Golden Circle Tour – Drive it yourself

What to pack for Iceland