Because there’s no direct flight (yet, I hope)  from Cluj-Napoca to Lisbon we had to drive to Budapest and take the plane from there. Last year we flew Bucharest – Lisbon which was not a great experience. Hence why we went for this route this time around. 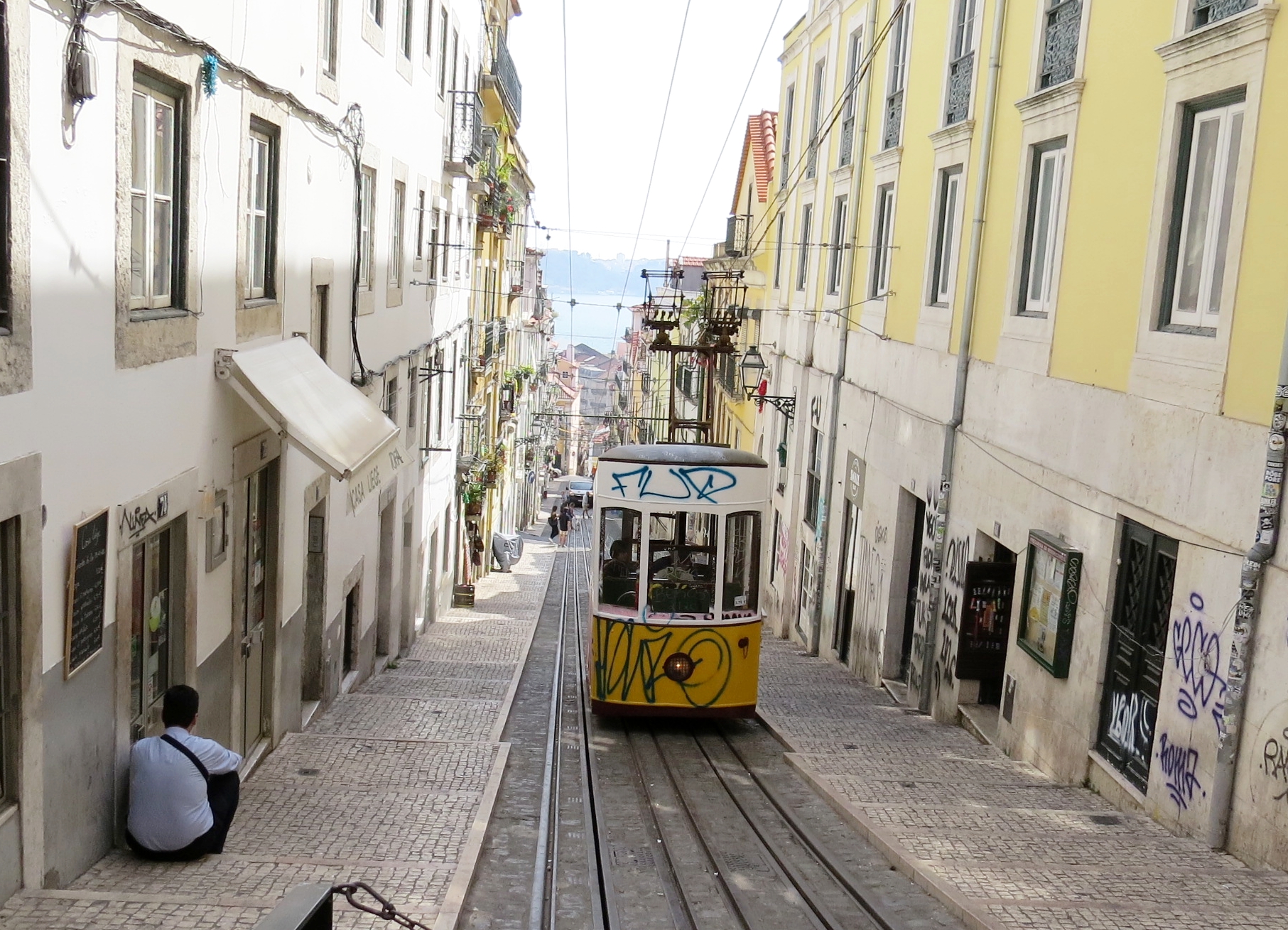 Grandma saw on the news the other night that there are extra custom control for people leaving the country, which may cause delays on the Romanian border. So we hit the road a few hours earlier than planned, just to be sure we don’t miss the flight. And it turned out grandma was right. 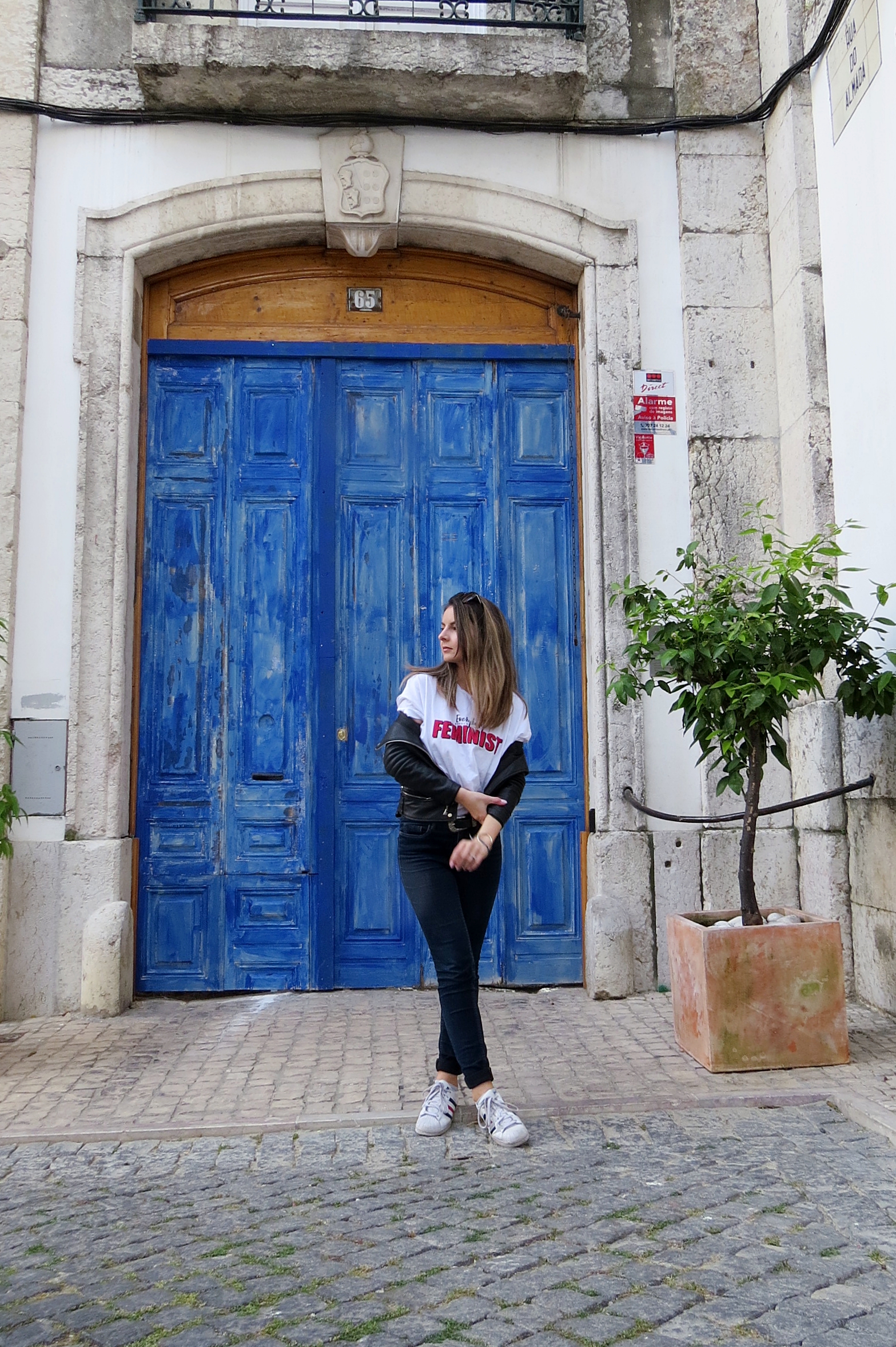 I had the movie Sing on my laptop and was really looking forward to getting in that plane and watching pigs sing. But because nothing ever goes according to plan, there was an error with the movie player so we didn’t get to watch it. At least not ours. I saw a couple of snippets from the movie the guy sitting in front of me was watching…

We arrived on Sunday evening and after checking in to our Airbnb, we went directly to get some food. Of course it was camarao alho e oleo. There’s just no other way of beginning a Lisbon vacation. 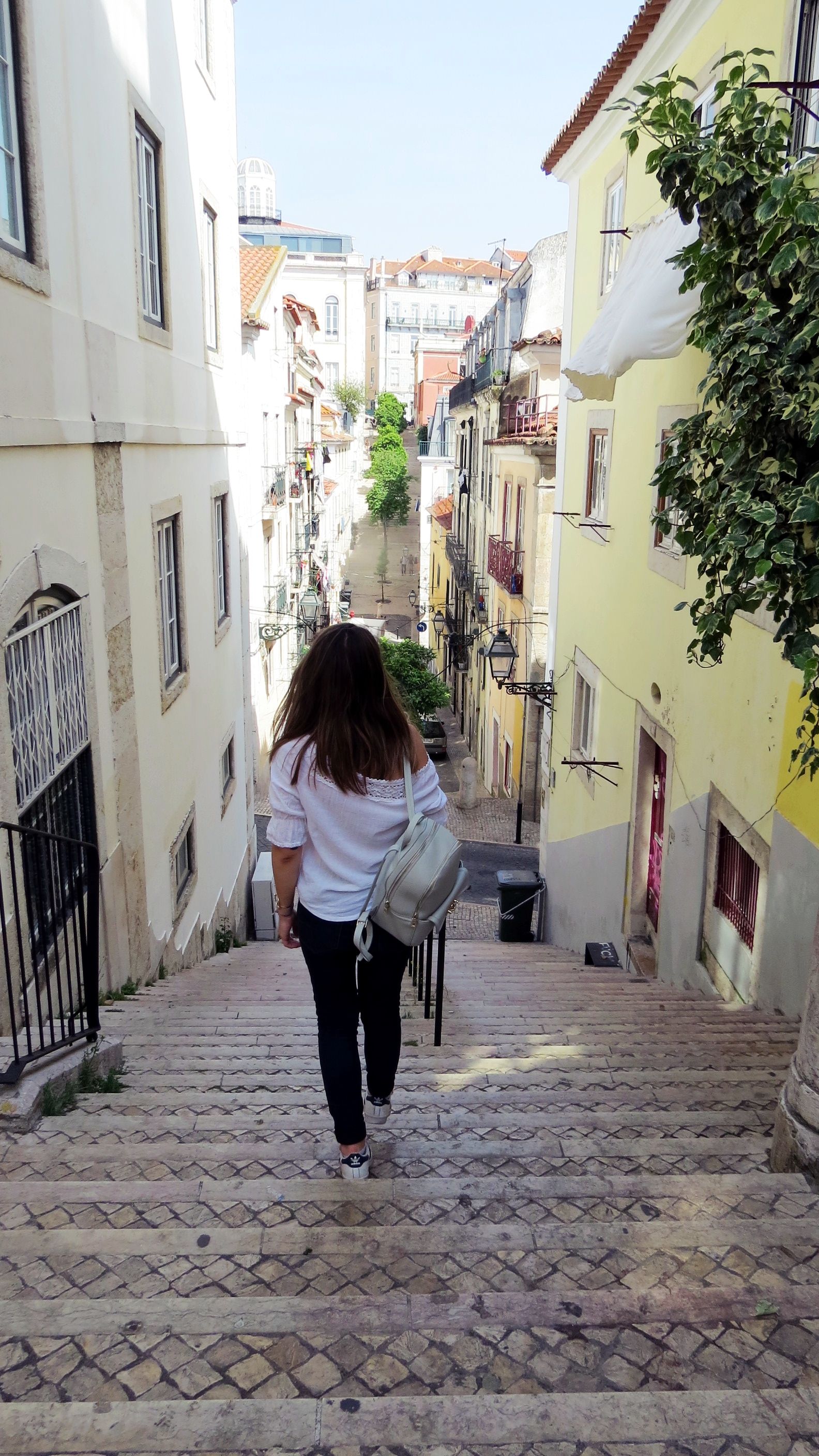 Although we were pretty tired from our journey, we coudn’t go to sleep before exploring the neighbourhood a little. Bairro Allto is very busy during the night, lots of pubs and people dancing in the streets. We came across a very nice bar named Noobai, where we had a beautiful panoramic view over Lisbon and the Vasco da Gama Bridge. We ended the night with a gin tonic watching the planes go by and counting the minutes between each plane – that moment when you’re on vacation and have nothing to do and can’t belive it, so you make some work up.

The next day we explored the city center, the Bairro Alto neighbourhood and took photos of what it feels like every single street with a tram. Of course we coundn’t help not going inside their shoe shops although we had an entire day planned out for shopping exclusively. They have great shoes, especially sandals, all made in Portugal. 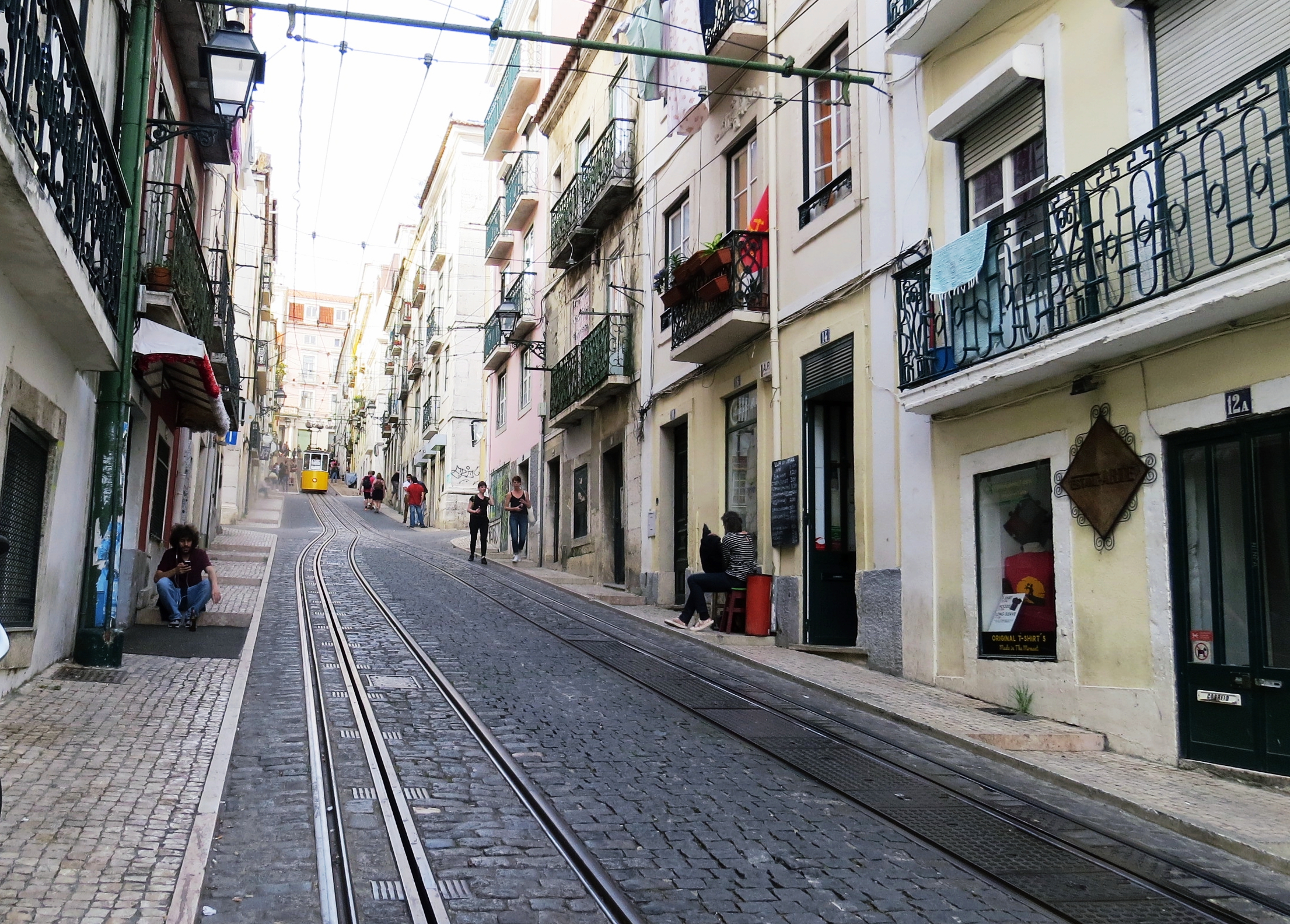 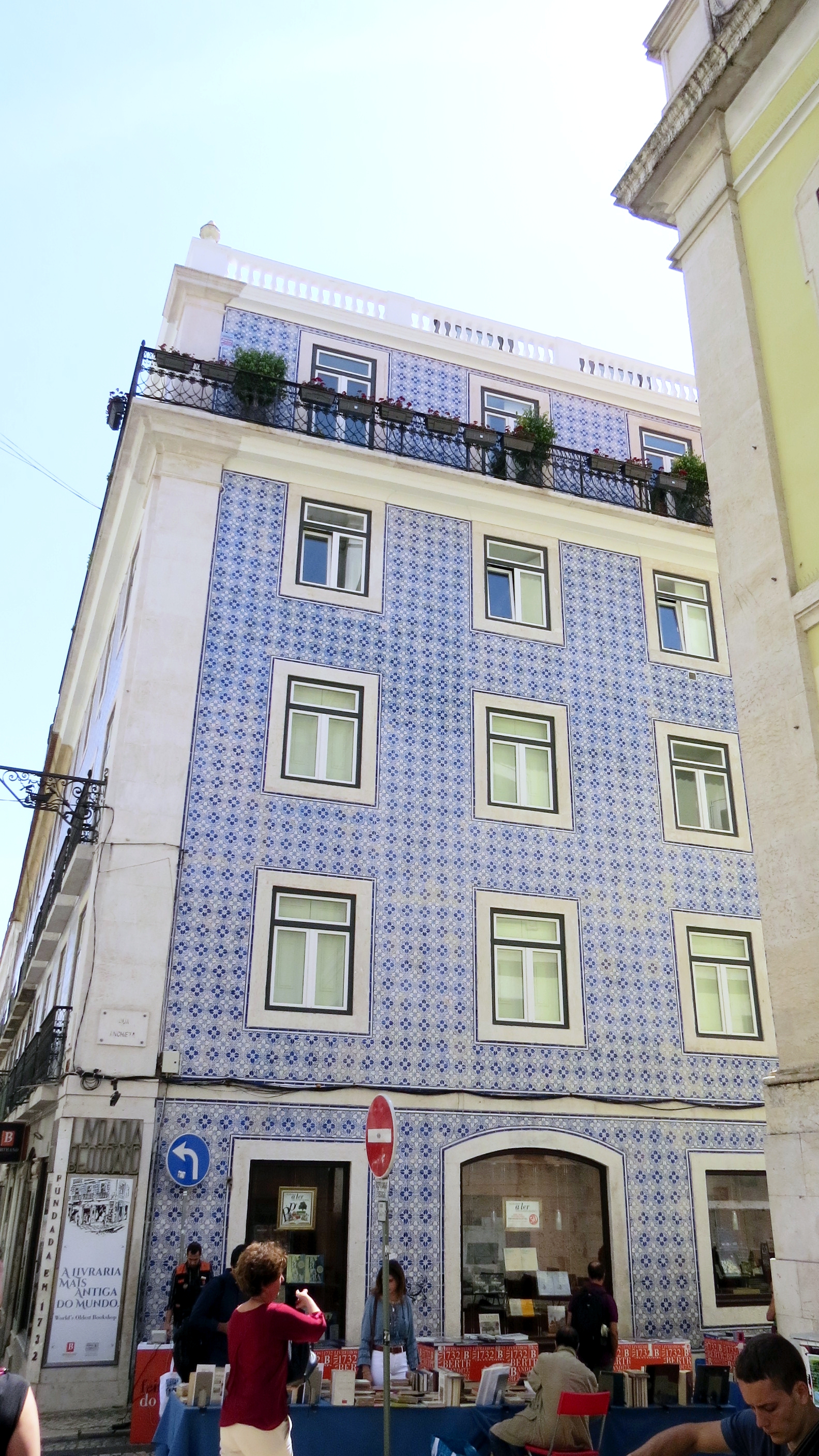