We missed the first train to Sintra. It’s not that easy to be organized when you’re a group of 6. So we drank a coffee with cinnamon (they put cinnamon on everything in Portugal) in the train station like typical tourists and waited for the next train to take us to Sintra. The train journey was about 40 min long. The girl sitting across from us was having the time of her life listening to some latino song, apparently so awesome that she couldn’t help but start dancing. 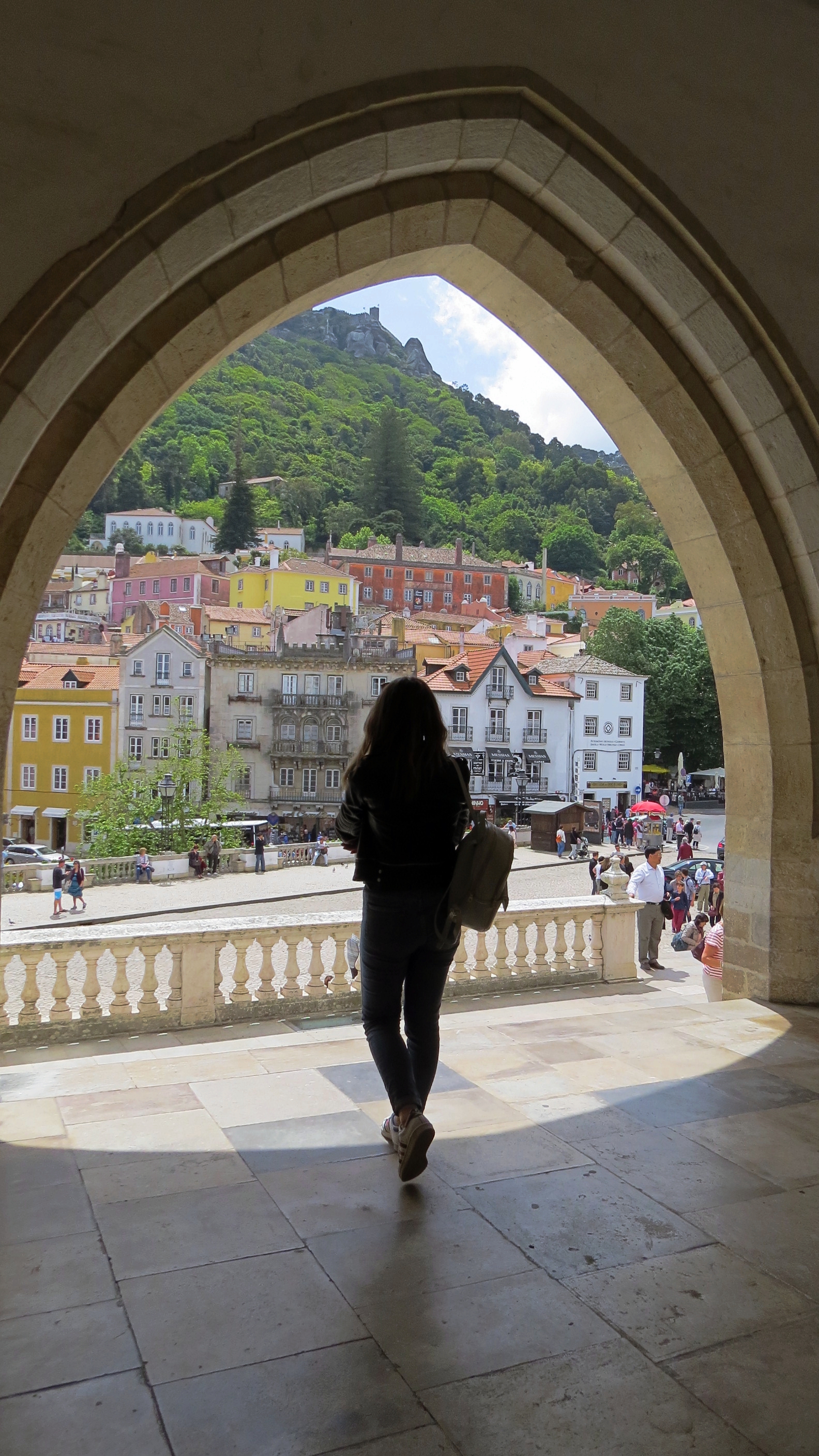 At the Sintra train station are lots of tuk tuks waiting to take you up to the castles. But first, we went to the city center to eat, obviously.

Sintra is a small town considered a UNESCO World Heritage Site due to its beautiful 19th-century Romantic architectural monuments. 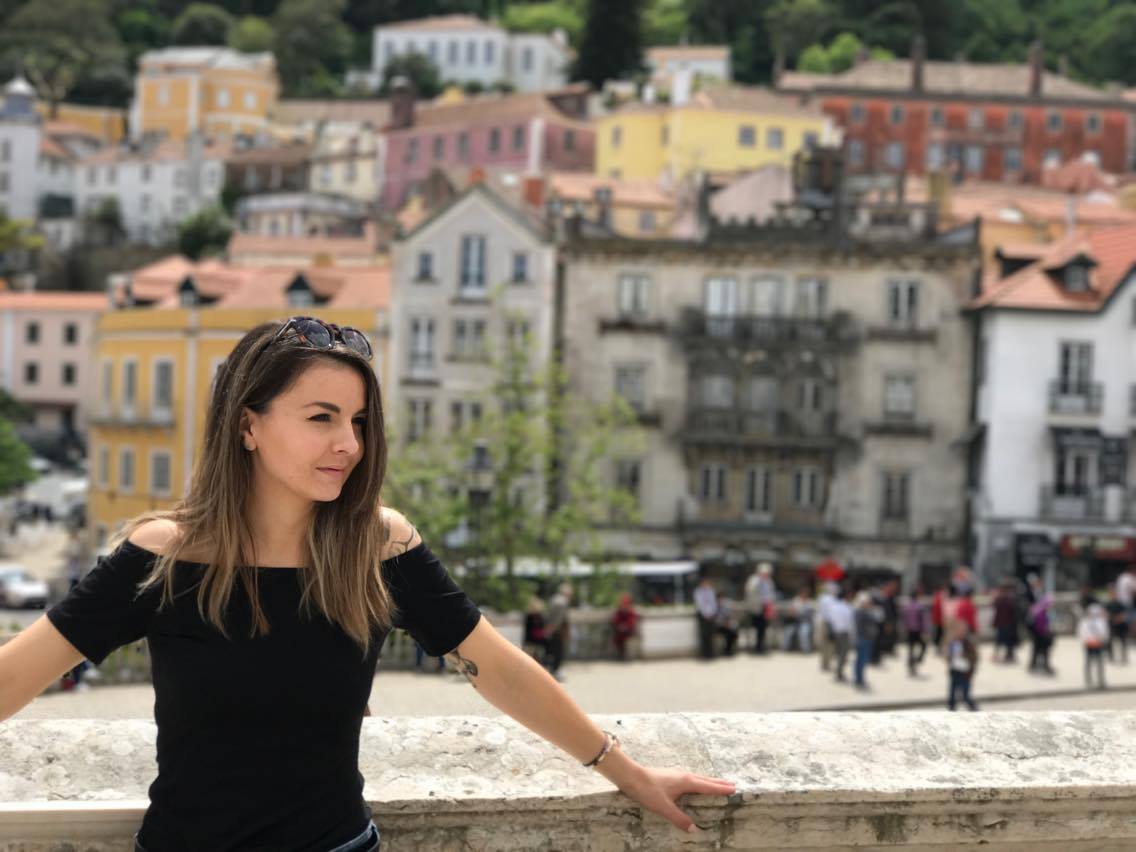 We took a tuktuk up the hill to the castles. I didn’t think we would actually make it. But with 5 km/h up the hill and 50 km/h down the hill we eventually got to the Pena Palace and to the Castle of the Moors. There are lots of castles, palaces and museums in the area but for a one day trip these two are the best ones to visit. There will soon be a blog post dedicated to Sintra, about how to get there, what to visit and how much it all costs. 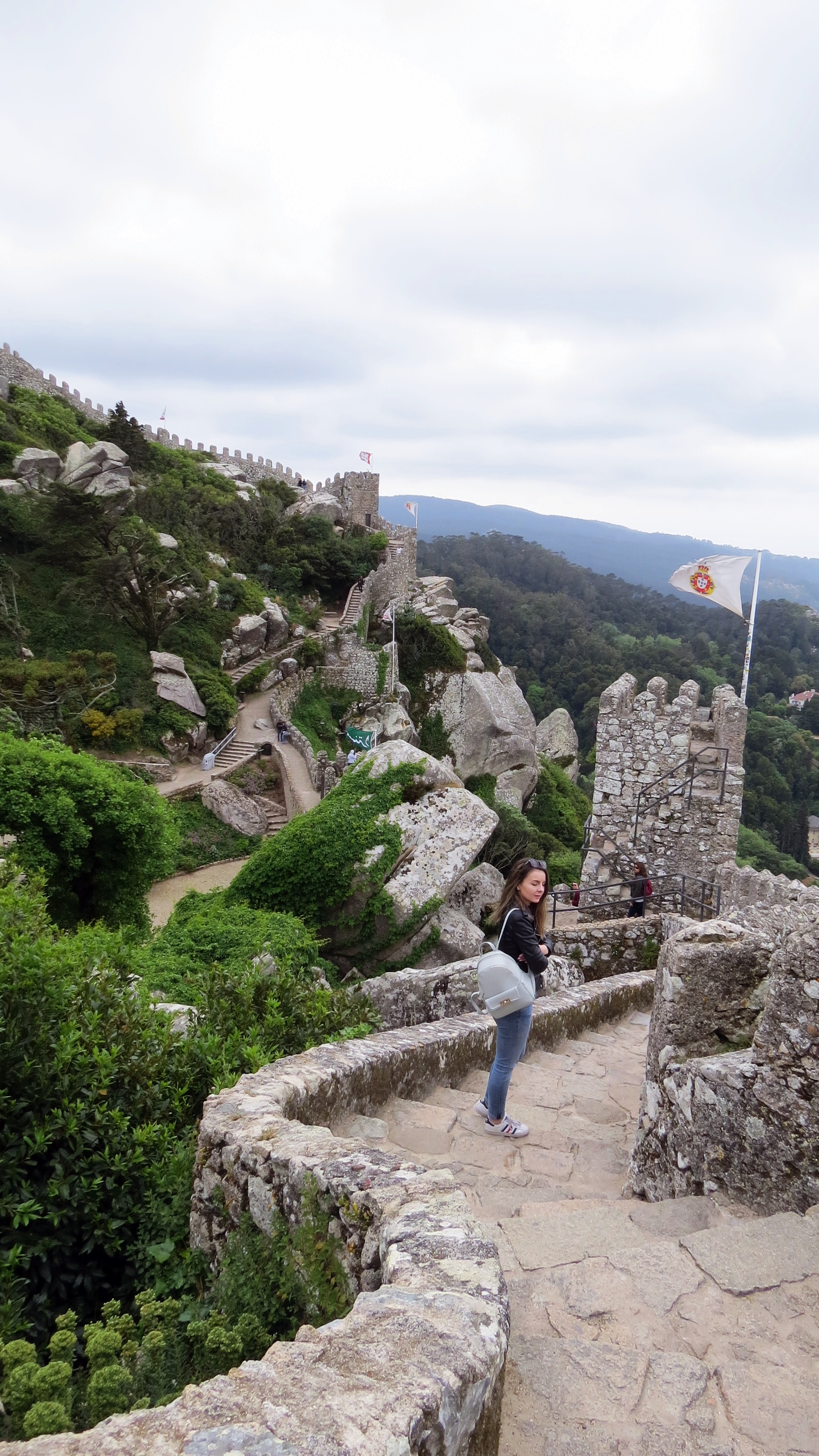 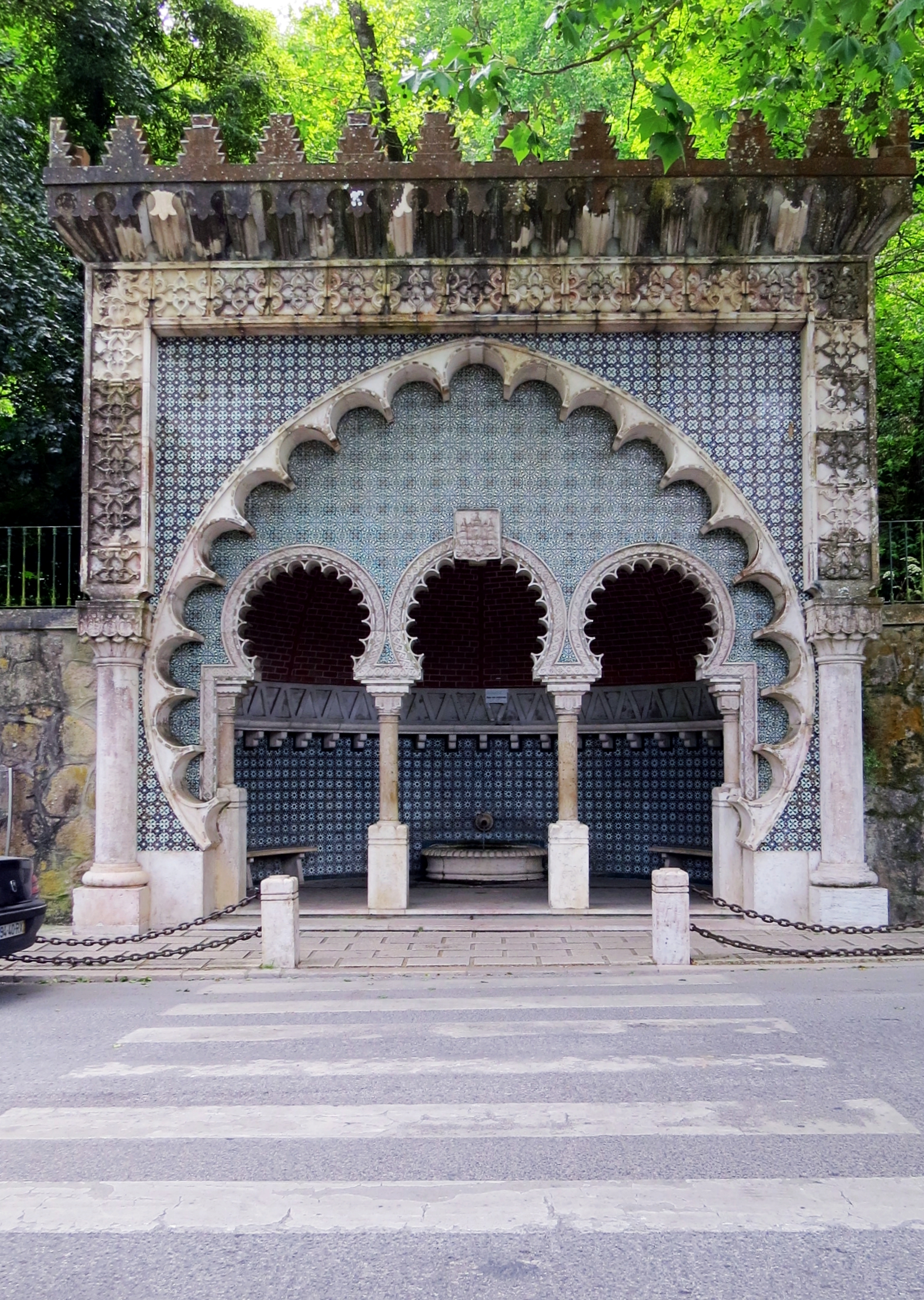 On Wednesday we decided to take the 28 tram around the city. It’s the exact same route the tourists trams take. After all, it’s the same tram rail. We actually wanted to get off at the Sao Jorge castle but we loved the tram ride so much we ended up just riding around the city. We decided to visit the Castle the next day 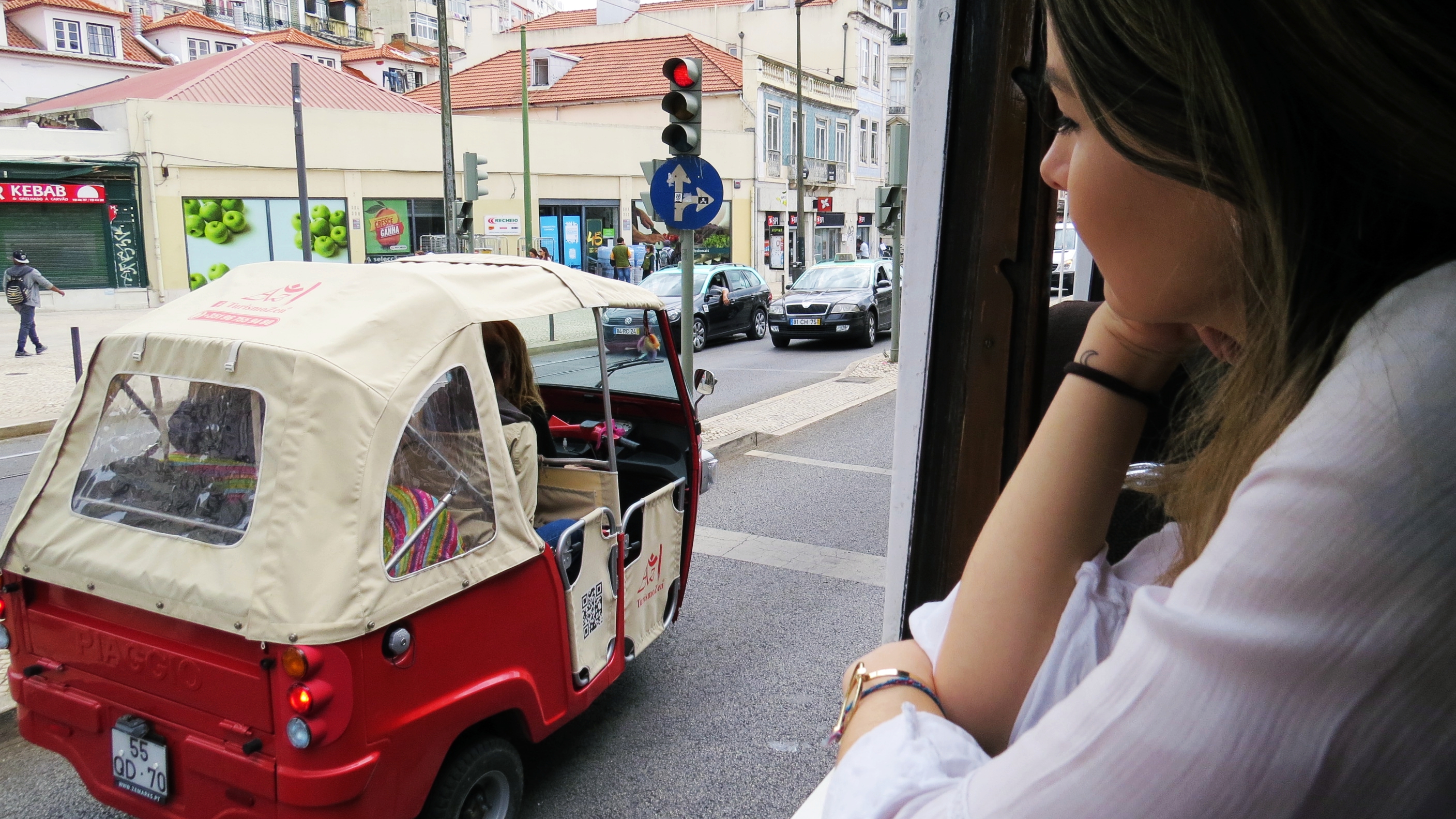 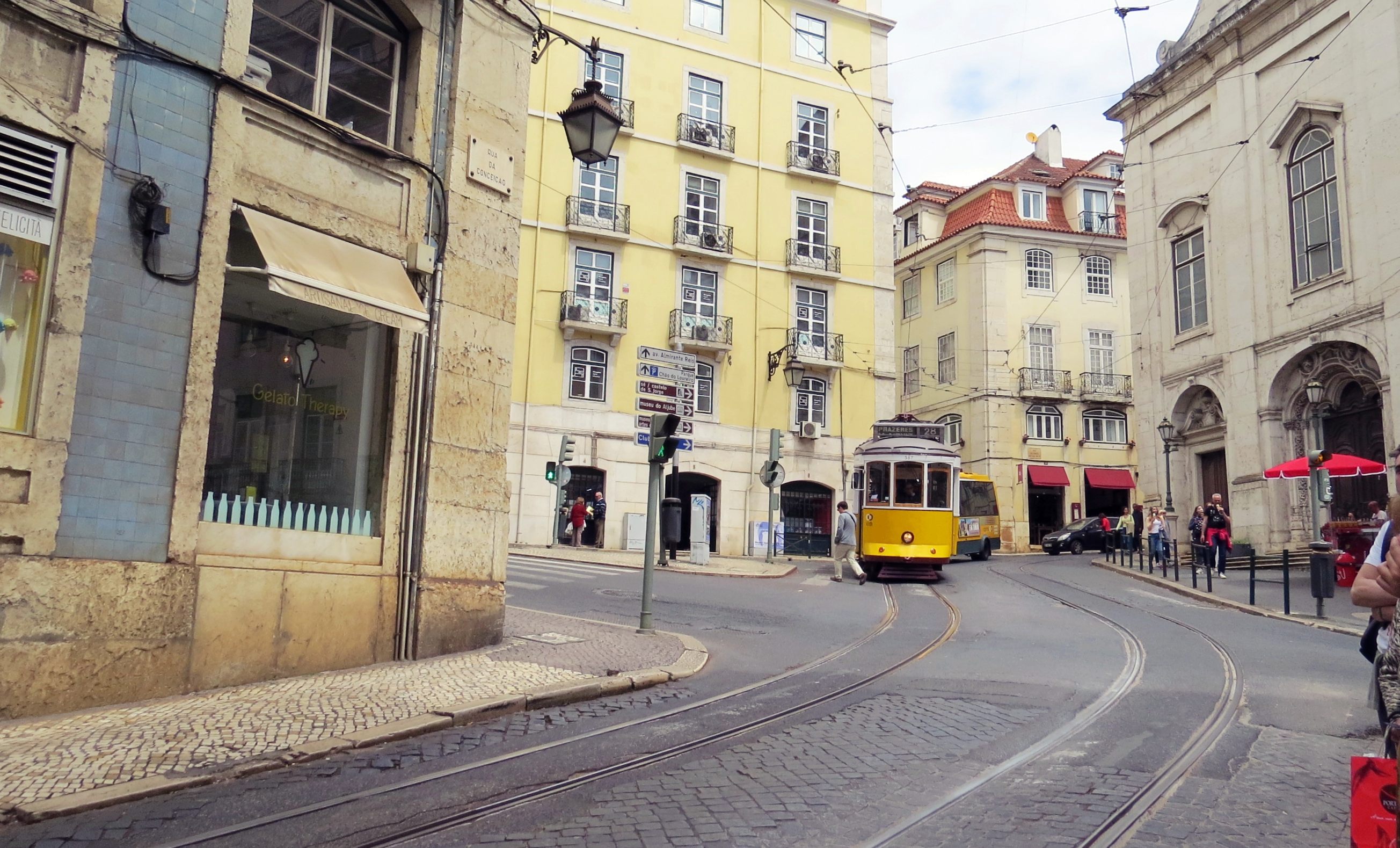 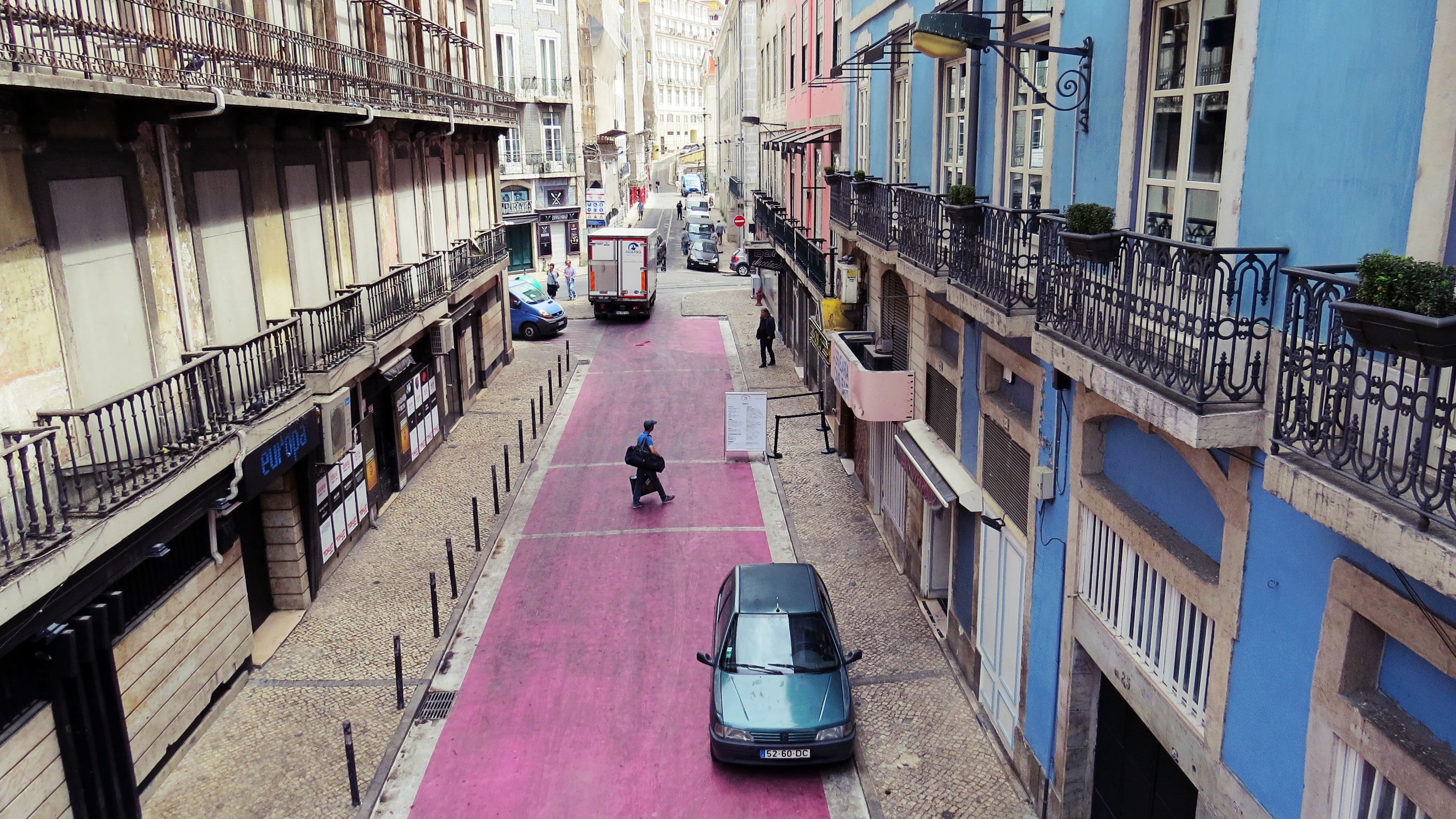